Roger Pearce, Lead Image Analysis Technician at HTL, has worked with digital pathology and image analysis for almost 10 years. “With approval of the first system using whole slide imaging (WSI) for diagnostic pathology, the FDA is now taking notice of digital pathology, which is a big step towards establishing it as a satisfactory way to present data. I know there has been resistance, but the digital format is providing us with another tool…to do better and more meaningful analyses,” says Pearce.

HTL opted in to WSI and digital pathology early on. But as they grew, bottlenecks developed in their digital workflows creating a need for better processes.

Pearce remembers the frustrations they were experiencing a few years back with the previous system, a digital workflow software that lacked the flexibility and capacity the growing business needed. “Sometimes you would set up slides to upload at the end of the day, only to come in the next morning to find it was still trying to load…At the time, our pathologists were all working remotely and were reliant on the scans being available so they could evaluate the study and report it out. This caused delays and ran reporting up close to deadlines,” recalls Pearce.

“Sometimes you would set up slides to upload at the end of the day, only to come in the next morning to find it was still trying to load…”

Another issue was data storage. Pearce did not have visibility of their storage capacity status and had to resort to a manual tracking system. He explains, “The ability to organize the data was limited to only 2 levels and there was a lot of manual entry of file names.”

Despite HistoTox Labs’ experience using a digital pathology workflow, it was clear their current system needed to do more. So, HTL searched for an upgrade. “Once we started looking for solutions, we were quickly able to narrow the options down to 3 possibilities. Of those, only PathcoreFlow offered the scanner-agnostic web-based solutions that could improve how we do things,” Roger recalls. 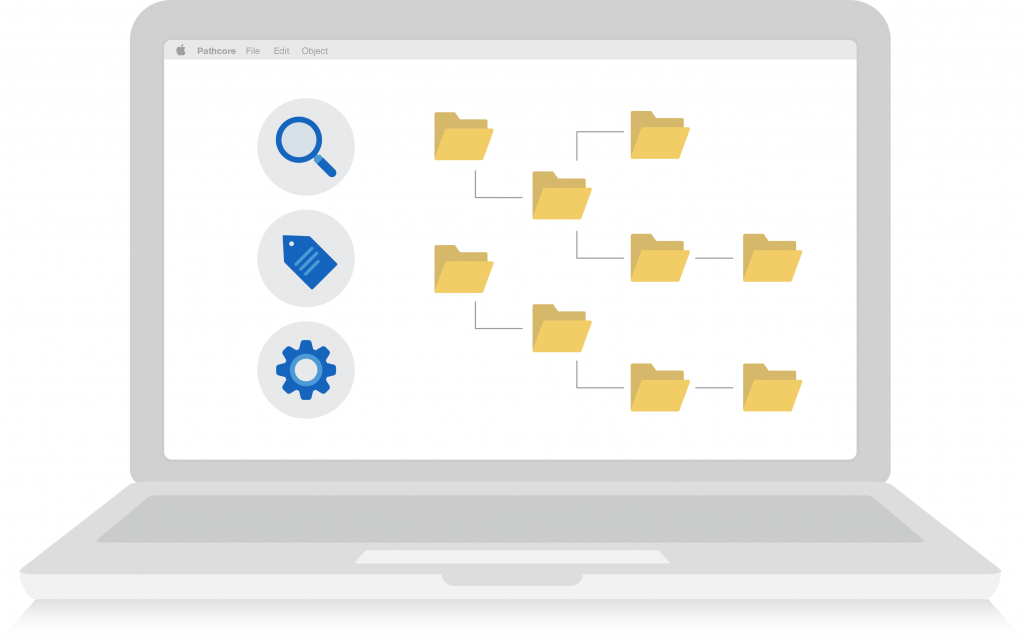 Flow’s folder system is modeled after your OS: infinite layers of subfolders, organized how you like.

Pearce reports that “implementing the system was pretty smooth, and Pathcore’s IT person did much of the heavy lifting by importing our entire storage drive of past studies. We were able to build the tree structure and organize multiple levels of folders to work the way we wanted it to within PathcoreFlow.”

While the users at HistoTox readily adapted to the new system, there were some challenges with converting their clients. For all but one client, HTL accomplished the conversion with written instruction and
conversation. The hold-out client wanted a scale bar in the viewer, which was not available initially. Pearce recalls sending an email to Pathcore with some suggestions, and “sure enough, in a newer version they came out with the scale bar. Not a lot of companies are willing to listen to their clients.”  Pearce wasn’t the only one impressed: the hold-out client now also uses Pathcore, too.

Features of PathcoreFlow that resolved bottlenecks

As mentioned, the pathologists at HistoTox often work remotely, so PathcoreFlow’s viewing features have been a huge boon. “The pathologists love the PathcoreFlow viewing software. The ability to open the file to the whole slide, annotate it, and share that annotation with whomever they need to is a great improvement. The system doesn’t require the person viewing the slide to have a specific file format or be working on a specific platform, so sharing images for collaboration is easily done,” says Pearce.

After logging in, PathcoreFlow displays a summary of recent images and folders. From there, the user can create and share annotations and analysis results. The metadata is searchable down to small details, and custom reports can be generated from searches. The many layers of annotation and commentary are preserved, and the originator is always easily identifiable. 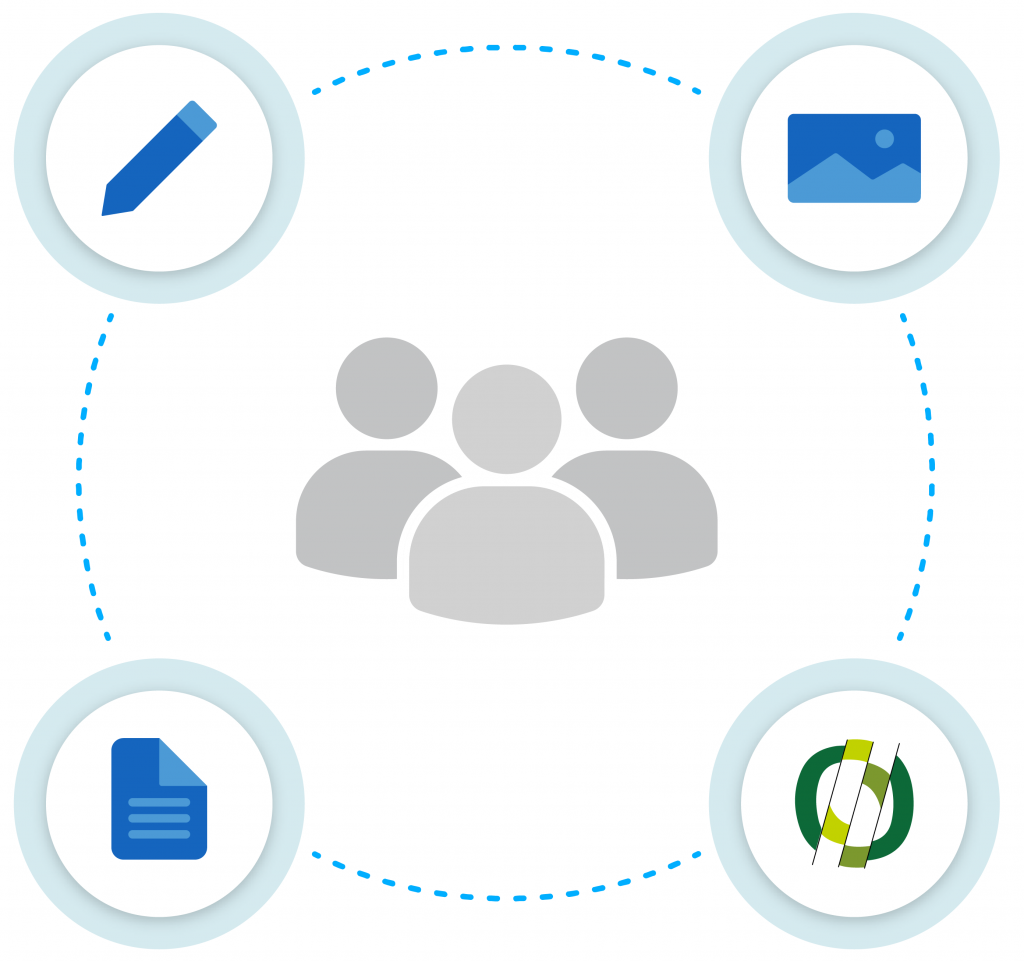 “The ability to collaborate is great, because you can trace something of interest on a slide image, and then somebody halfway around the world can look at it. It’s quite phenomenal. The system does a really good job of tagging the user to the trace mark,” Pearce says.

HistoTox Labs currently has over 3,000 folders with almost 40,000 images. That’s a lot to keep organized, but organization hasn’t been a problem. Pearce explains, “We are now able to get slides scanned and loaded easily, and there are infinite layers of nested folders which makes organizing studies much easier to manage. File names are assigned by the system, and it just works.” Pearce admitted, “we like having the ability to put lots of different types of data files into folders for each client repository to organize studies, slides, analytical results, and more.”

“… you can trace something of interest on a slide image, and then somebody halfway around the world can look at it. It’s quite phenomenal.”

Pearce also appreciates the fine-grained permission controls that PathcoreFlow provides, as security can be a sensitive issue for some clients. He expanded on the idea by explaining how there are built-in safeguards for human error as well. “Even if you mess up and send a link to the wrong person, the system prevents them from opening it if that email address is not associated with the data.”

Pearce also noted that the lab can share their standard operating procedures with a client if they need access to it during an audit, for instance. He says, “We can set up a timer so that the client can only see the procedure for a defined period of time and they cannot download it. We are able to set up very strict, tailor-made security functions, which is really nice.” 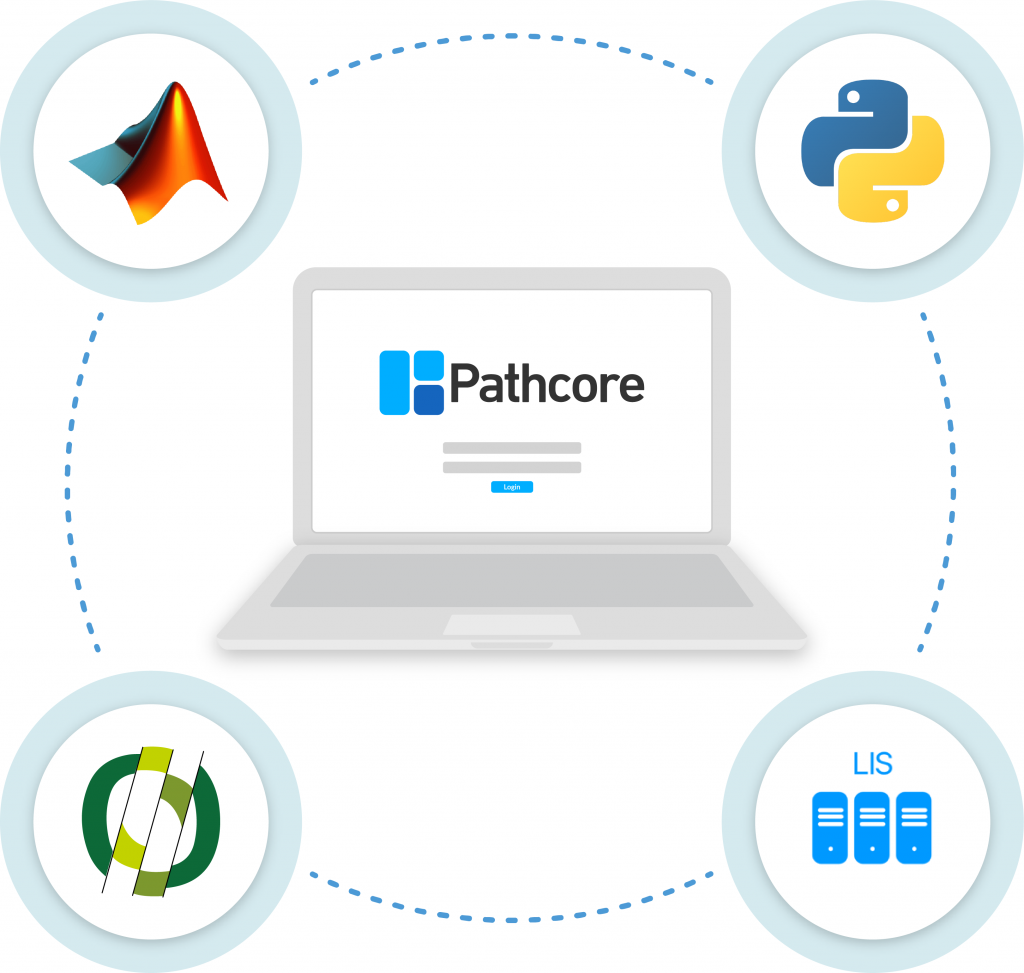 Image analysis is a big part of the work that HTL does, and for that, they rely on Visiopharm and other 3rd party software. “I think Pathcore is doing a good job in terms of trying to integrate with other software systems. It seems that their system takes almost anything you want to put into it. That’s pretty remarkable. They seem to have the mindset of creating a really good hosting platform,” says Pearce.

“… it seems (PathcoreFlow) takes almost anything you want to put into it. That’s pretty remarkable.”

Since adopting PathcoreFlow, Pearce says, “We have a much greater degree of organization and control over our data. The frustrations experienced with the previous system are virtually gone, and the intangible rewards have been great in terms of morale. The Pathcore customer support team has continued to be responsive and great to work with.”

Digital pathology applications, solutions, and innovations are a hot topic. A PubMed search for “digital pathology” yields about 20,000 hits and a web search yields hundreds of millions. In the research realm, there are no limiting regulations and digital pathology workflows are thriving.

Pearce feels that once the FDA clears more systems and platforms, there will be even more advanced options…then “obstacles will just fall like dominoes.” He enjoys being one of the early adopters of digital pathology in general and Pathcore’s systems in particular. He has found working with Pathcore to be a collaborative effort and looks forward to continued evolution of the platform.

“Our client base is growing and the demand for WSI has expanded at least 10-fold in the past few years,” says Pearce. Right now, image analysis is still not FDA cleared but he feels it will be eventually. “This is definitely an area that is trending upward. In general, I think the more people that are brought into this digital world, and the more people are exposed to it, the better and more meaningful analyses and images will be.”